A brief history of the Circuit

Chas Messenger had been organising successful races on The Hayes Bypass for several years. The Bypass was at the time built (in part), but didn’t go anywhere. Chas, who was also the local British Cycling Facilities Officer, had immediately identified this stretch of road as a viable race circuit. It was certainly very successful, Bradley Wiggins started his racing career there as a schoolboy.

After the bypass was opened to traffic, Chas asked if I would organise mid-week races on the Black Park Circuit. With Chas and Bill Bannister as judges, I did just that for a couple of years. During the same period, on Thursday evenings, training groups rode on the circuit just as they now do at Hillingdon.

Chas and Bill had been searching for another closed road circuit in the area. I had accompanied them and Stuart Benstead to a couple of prospective sites. There were always local objections though. The search continued however but with no luck until Minet Park came on the radar.

Minet Park was an area used to dump the waste earth from the excavations for the Hayes Bypass. It was an area though that had been set aside for sports activities and community use.

Paul Barker, a member of the Westerley RC and most importantly a Hillingdon Councillor was aware that there were funds available in the Borough as a result of the supermarket being built near to the site.

The circuit was designed by Don Wiseman with advice from Sean Bannister as a fast but easy to ride course. The bends not being too sharp enabling riders to pedal all the way round it.

We now had this wonderful facility even though there was barely a blade of grass on the very open site. All that existed was this ribbon of new tarmac on this barren landscape. There were no buildings or facilities of any kind there. If the circuit had opened today, it would never have passed Health and Safety requirements.

The riders had to keep to the track because there were gaping gaps between the edge and the earth. There were also open manholes here and there. We all survived though.

Paul Barker arranged for our huts to be erected and the clubroom that we became so fond of was established. It was also Paul who suggested to Brian Wright and me that a children’s club be started up. With much help from other Prime Coaches and parents, that club evolved into the Hillingdon Slipstreamers. In the early days, we had no equipment and even less experience in coaching youngsters.

Ian Why was responsible for liberating many a road cone to be used in our activities. He also supplied the first Yellow Jersey to be awarded to the winner of the 12 o’clock race. Bill Bannister was proud to be The Slipstreamers’ President and was always to be seen there on a Saturday morning as the club timekeeper.

I had been giving the winners a quid as a prize but this was proving expensive. Shane Benson had brought some of The Palmer Park Velo youngsters to the circuit to help get us started. His advice was invaluable and also saved me a lot of money.

The Thursday evening training sessions proved to be very successful. To this day, the mainstays of the circuit are the Tuesday Night races, the Thursday training and the Slipstreamers. 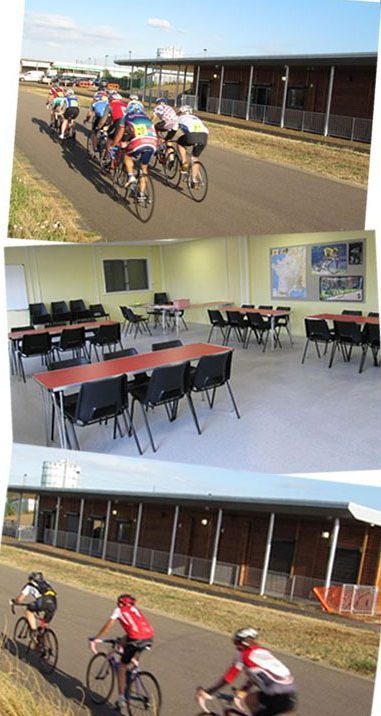 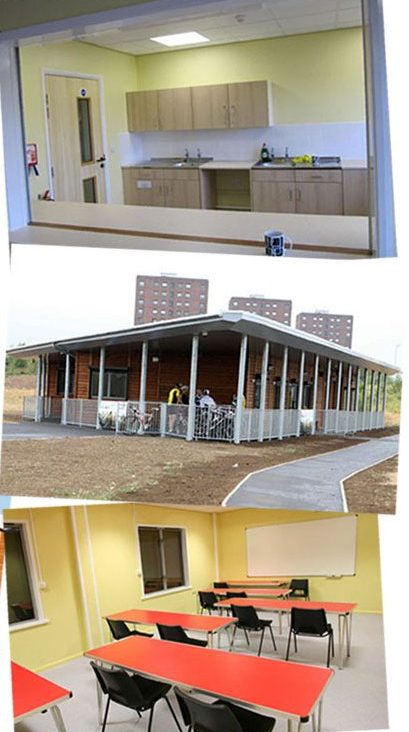 In closing, I must acknowledge support from various sources that was received. The Kenton Road Club donated the proceeds of the Terry Cronin appeal to enable the Slipstreamers to purchase their first container. The plaque that was on that container can now be seen above the doors of the new containers.

The Harp Road Club thanks to Mike Clark, donated funds to enable the Slipstreamers to purchase New jerseys for the race winners. There must be a lot of these jerseys in peoples bottom drawers as there are no stocks of these remaining. Please bring them back.

Numerous riders donated bikes and equipment that continues to be used to this day.

Finally, huge credit is due to all those who help in any way to make the circuit the wonderful cycling facility that it is and is going to continue to be.
— Ray Kelly