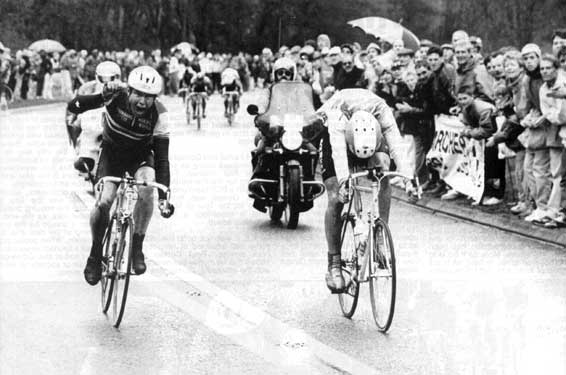 The Archer Spring Criterium on 26 April at Hillingdon circuit is unusual being for 1/2/3 categories without the presence of elites. This reflects its origins as the main support race for the classic Archer GP when it was seen as a stepping stone for up and coming riders.

It merited this status since it started in 1957 with such winners as Graham Webb (subsequent world champion), Bradley Wiggins, David Millar, Roger Hammond, Steve Heffernan and Matt Stephens among other notables.

The race has kept going despite the demise of the GP and its transference to Hillingdon circuit in recent years has allowed the maintenance of a top class prize list of over £750 for the meeting, with £100 to the winner. Last year the race attracted possibly the biggest number of entries of the year at one meeting and advance entries look as though this will be surpassed this time. An organiser for all 57 years, Stuart Benstead says: “We have always guaranteed a first class prize list beforehand and our pre-race confidence has each year been rewarded with sufficient entries to clear ourselves, albeit with a lot of goodwill from officials. So each year we have again increased the guarantee to reward riders financially for actual race success, which is perhaps old fashioned, rather than points based obsessions.”